1. Take a look at how the new bike and pedestrian bridge is shaping up. Due to open “November-ish”, the cables have just passed testing and are being shipped to Dublin. L.e.d. lights will be installed and the west-end approach plaza will be completed. The park and approach on the east side will be constructed next spring, with a temporary walkway in use until then. The photo is taken from Bridge Park East, looking to the west with the new Library as the white rectangle in the upper center of the photo.

2. Bridge Park is sailing along, exceeding expectations of developers Crawford-Hoying. Existing office space in the neighborhood is 100% leased, 140,000 square feet, with a new 6-story office building under construction along Riverside Drive, the steel skeleton structure you see as you drive the area. [Think of the added 2% City Income tax revenue, as approximately 50% of the jobs to date have been new to Dublin.] Restaurant and retail space is 93% leased. Apartments in Bridge Park are 82% leased, with the busiest lease season just beginning. 376 are completed with another 145 under construction. 41 condos have been completed with 65 more under construction. That is 626 units. 15 of 22 Townhouses completed have been sold, with 43 more under construction, 5 of which have been reserved. As previously reported, only a handful of students new to the Dublin School District occupy these spaces, yet the District gets $1.5 million a year for technology spending from the development agreement. This compares to under $300,000/year the schools received from the dismal strip center that Bridge Park replaced.

As previously reported, the North Market is coming to Bridge Park, beginning next year!The Dublin Market at Bridge Park of the past year continues for this year, doubling in size this summer, taking up two blocks with over 70 vendors.170 vendors applied. When the North Market’s Dublin location opens next year, it will be under cover, occupying part of the first floor of a new parking garage to be constructed.There will be 20-24 permanent stalls, compared to 35 in downtown Columbus.The street market opens on Saturday mornings, beginning May 17th through the end of September.

ForeFest , the festival held in conjunction with the Memorial Tournament, returns this year, but triple in length. The event with multiple bands and street vendors will be here Thursday, Friday and Saturday of Tournament Week. Watch the media for details.

The AC by Marriott Hotel already has an occupancy rate of nearly 100% for Monday through Thursday nights.Crawford Hoying is preparing to break ground in May on a Marriott TownePlace Suites at the southwest corner of Bridge Park Avenue and Dale Drive.

Arena/Fieldhouse: Crawford-Hoying has proposed a 4,000 to 5,000 seat arena in a building that would include the Ohio High School Basketball Hall of Fame. This largely is targeted to bring in regional high school athletic events, such as wrestling, volleyball, basketball and much more. Studies show this would bring into the Dublin community upwards of $11.2 million per year in visitor spending on hotels, meals, shopping and movie theaters! [Think hotel tax and income tax revenue increase for the City budget.] The State of Ohio has pledged $1 million toward the project, the developers will contribute $2 million, and they will receive no revenue from the arena itself. Sponsorship discussions have occurred with numerous local corporations. In most communities these facilities are owned by City or County governments, and Dublin has been asked to participate in identifying funding sources for construction. The Dublin School District would like to use this for graduations, rather than have to go to OSU with less convenient parking. Stay tuned to see if this win-win facility becomes a reality. Share your thoughts with City Council members.

3. Library: The members of the Muirfield Civic Action Committee recently had a hard-hat tour of the new library branch in Dublin. The floor space more than doubles from the former building, and includes a coffee shop, several free-to-reserve community rooms, and incredible views of the City from every side. Drywall is done, carpets have been installed and the project is now considered “substantially complete.” Finish work continues, with dedication and opening of the new building on Thursday, June 6th.

4.Free Shred-it Day happens at The Country Club at Muirfield Village on Saturday, May 4th, from 8 a.m. until noon. Clothing and small household items can be dropped off for Volunteers in America. More details will be sent as the date approaches. While free, donations to the Club Foundation, which gives to charities helping disabled children, are appreciated. Mark that May 4th date in your calendar now, get rid of all the outdated tax materials taking up space in your homes, or clothes you no longer wear occupying closet space.

So many great developments and happenings this year, elevating life in Dublin to new levels. Here is a re-cap of dates to enter in your calendars: 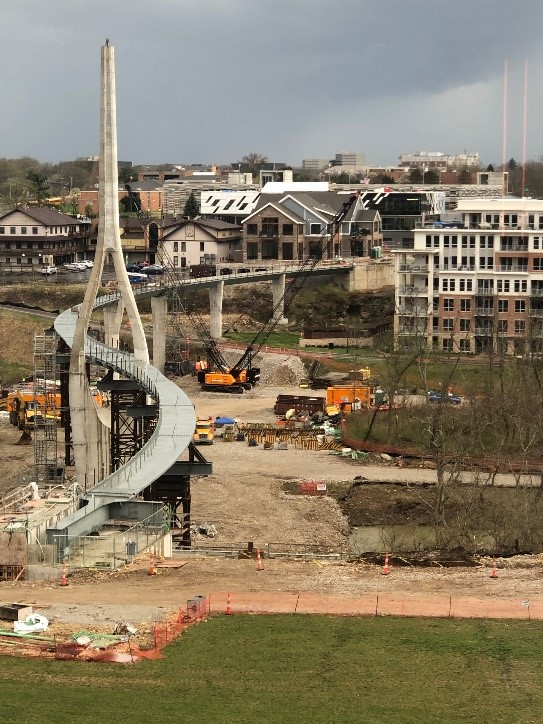 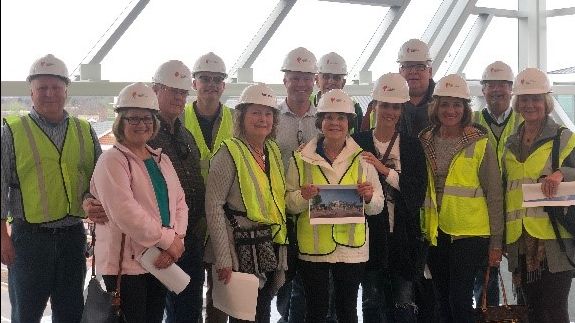